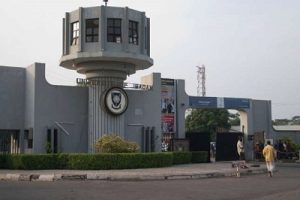 The Non Academic Staff Union of University of Ibadan have shut down the University Campus over 5-months salary arrears.

The protesting workers who took over the Halls in the University complained that they have not been paid fully for months, saying their salary has always been slashed.

It was gathered that all examination schedules has been halted due to this development.

The union held a congress today to decide a way forward although there are feelers that the protest will not lead to strike as the workers are only showing their displeasure today been the last day of the month and the protest is only a warning strike.

Officials of various faculties in the University have opened the door of examination venues as at the time of filing in this report, this is even as NASU Members have failed to show up at their places of work in continuation of their protest.