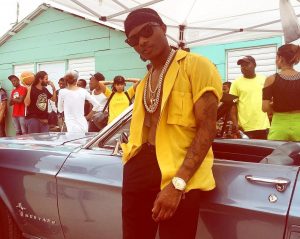 WizKid feels like ‘Shabba’ as he features Chris Brown and French Montana w/ Trey Songz on a Mike WiLL Made-It produced joint.

Shortly after Chris Brown released the song ‘Shabba’ which featured “WizKid“; the “StarBoyMusicWorldWide“ boss – Wizkid puts out what seems to be the originator of Breezy’s version.

And, he features the sensational RnB singer Trey Songz aka ‘Mr Steal Your Girl’ alongside the Back to Sleep crooner ‘Chris Brown’ w/ the wave god ‘French Montana’ for the explicit feel good tune dubbed ‘Shabba’.

Apparently, there is no stopping or even a slowing down for Wiz-Kid; the young man has taking it upon himself to do nothing but keep pushing and releasing TOP NOTCH 🔥materials.

Bisi Alimi teams up with Caitlyn Jenner to draw support for...