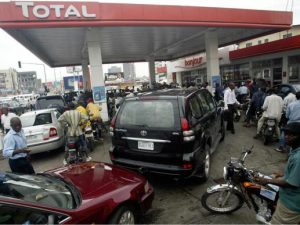 Nigerians should prepare for another increase in the pump prices of petrol, due to the continued scarcity of foreign exchange to finance the importation of the product, oil marketers have said.

According to them, the United States dollar hit an all-time high last week, as it exchanged for N400 at the parallel market.

Worried by the development, the marketers say if not urgently addressed, the pump prices of petrol will not remain at the approved rates.

The Federal Government liberalised the downstream sector of the petroleum industry on May 11, 2016, and announced an increase in the pump prices of petrol from N86 and N86.5 per litre to between N135 and N145 per litre.

It also stated that the market was to be driven by the factors of demand and supply, as it was now largely in the hands of private sector players.

But oil marketers told Punch’s correspondent on Monday that despite the competition in the business, they were struggling to retain the price of the Premium Motor Spirit within the approved range.

“The truth is that Nigerians just have to brace for higher PMS price; there are no two ways about it. The government cannot fund this market; the money is not just there. Even if the government wishes to assist, it does not have the wherewithal to do. So, Nigerians should brace for higher rates,” an official of one of the notable oil marketing companies, who spoke to Punch on condition of anonymity, said.