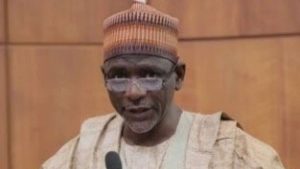 The Federal Government has banned the collection of development levies by Parent-Teacher Associations (PTA) in the 104 unity colleges across the country.
In a statement released in Abuja on Tuesday and signed by Bem Goong, a deputy director of press, the President Muhammadu Buhari led Federal Government has banned the collection of development levies by Parent-Teacher Associations (PTA) in the 104 unity colleges across the country.
The Federal Ministry of Education said the ban, aimed at alleviating the sufferings of parents, would take effect immediately.
“No PTA of any unity college is allowed to initiate any development project in any of the unity colleges without the express or written authorisation of the Federal Ministry of Education.
“The new measures are aimed at arresting the shocking trend where development levies imposed on parents by PTAs are becoming higher than the school fees charged by government which established the unity schools,” the ministry said.
According to Premium Times, the ministry who said that the Minister, Adamu Adamu, had noted excessive PTA levies in Kings College, Lagos, and Federal Science and Technical College, Yaba, Lagos, added that in the two schools, fees charged for JSS1 in the first term was N69, 400 while the PTA collection was N70, 000 at Kings and N74, 000 at Yaba.
“This brings the total paid by parents in these two schools to N139, 400 and N143, 400 respectively.
“With the reduction on development levies and ban on charges for new projects as well as pegging of the development levy to a maximum of N5, 000, parents of JSS1 in these two schools will now pay N88, 000.
“I acknowledge the complementary roles played by parents and the support provided by the PTA to the colleges but I will not allow the PTAs to constitute themselves into a government within a government at the level of unity schools and at the expense of parents,’’ the ministry quoted Adamu as saying.
It said that Adamu expressed concern that PTAs in unity colleges had formed themselves into national associations and said that running additional organisations, such as National Parents and Teachers Association of Federal Government Colleges (NAPTAFEGC), increased the burden on parents.