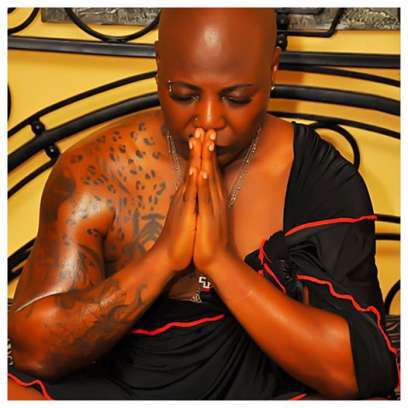 According to him, times are changing and what is evil to him are the men in uniform who sold Nigeria and rendered most people hopeless, future less, obnoxiously poor in a land filled with plenty.

Recently, there was this trending story of an American who married his Nigerian gay partner, David Shoen-Ukre, in New York on July 30, who accused Nigerian bloggers, of causing the couple harm by publishing their stories without permission. The rain of curses/abuse, and the terrible judgemental comments that ensued after the story broke, was incredible. Many concluded that the couples were Evil. I have never seen hate and ignorance come so alive in words.

While I cannot speak louder than the stupidity of other people who will disagree with me on this, NO, being gay is not Evil!!

A man marrying a man maybe a hard pill for a lot of us to digest, but the world has changed even since I took a dump this morning.

Don’t judge others simply because they sin differently than you. Every aspect of humans are diverse. Skin color, tribal marks/culture, height/weight, religious beliefs/tastes, everyone thinks differently and are different. We see what we see from where we stand.

What is Evil to me, are the men in Agbada/Uniform who sold are country, our future and rendered most of us hopeless, future less, obnoxiously poor in a land filled with plenty. They are the VERY EVIL ONE’s, and we are feeling the effect of their EVIL.“ 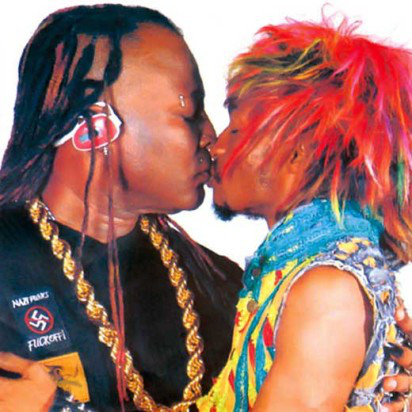 He also explained the controversial photo of him kissing Denrele, saying, “We were shooting a film of two different generations with similarities. Later that evening, we were posing for shots like father and son. Jokingly, he planted a kiss on my lips and that was it. Before, we knew what was happening, the picture was everywhere.”