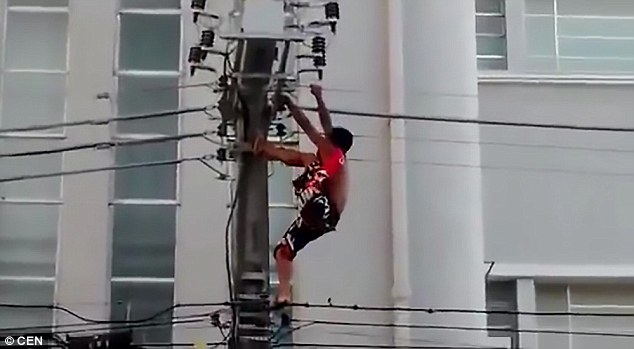 A man believed to be a street beggar in his 20s, got electrocuted after scaling an electric pole ahead of a speech by suspended Brazilian president Dilma Rousseff.

The unnamed victim, who was wearing just a pair of beach shorts, appeared to be entertaining the crowd, as they waited for at the political rally in Aracaju, Brazil. After spending several minutes clinging to the pole and waving a flag, he ignored warnings from bystanders to get down and climbed further up the pole towards the danger area where the electricity cables were attached. 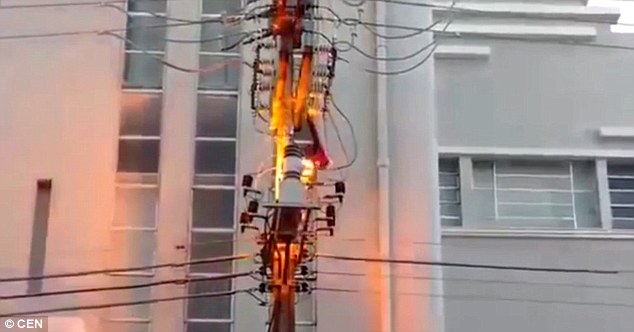 There was a sudden huge flash, with sparks flying as he was electrocuted before falling to the ground. He suffered a heart attack & head injuries and was rushed to a nearby hospital, but died on the way.