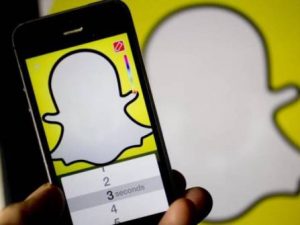 A woman in the US state of Florida tried to Snapchat a video of herself holding a gun but instead accidentally shot her cellphone, injuring her right hand, authorities said.

Regina Powell, 22, said she was “foolishly playing” with the .40 caliber semi-automatic handgun, trying to make a Snapchat video, when it went off, the Volusia county sheriff’s office said. The bullet destroyed her cellphone and injured her thumb and index finger.

The incident occurred in Deltona, Florida. Police were still looking for the gun, which the woman’s aunt tossed out of her car window as she drove Powell to the hospital.

According to the Centers for Disease Control and Prevention, 586 people were killed last year in accidents involving firearms. The right to bear arms is protected under the second amendment of the US Constitution.

Tee Billz At It Again: Tiwa Savage Accused Of Sleeping With...