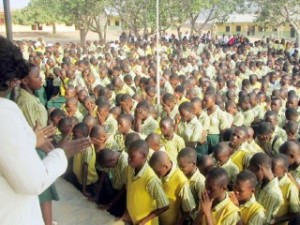 The State government of Kadunda recently said it would sanitise the operations of the state’s private schools to ensure the delivery of quality and effective education to students, while stressing that appropriate sanctions would be meted on private schools operating below the minimum standard.

“We have just concluded a survey of all private schools in the state and what we discovered is that quite a number of them are not operating within the minimum standard.

“This is not acceptable. We are going to take strict measures on all private schools operating below minimum standard,” Adamu said.

While admitting that private schools are part of the programme of any education sector, Adamu emphasised the need for the schools to be up to standard.

The commissioner warned that any school that failed to meet the government`s minimum standard would be shutdown.

He said that the ministry would station officials in schools to monitor WAEC and NECO examinations with a view to checking against examination malpractices, “particularly schools suspected to be operating as miracle centres.”

“Our findings revealed that some private schools may have only 20 students in SS III, but will end up registering over 300 students for WAEC or NECO.

“Such schools could be operating as miracle centres, where the students pay huge amount of money for answers to be written on the black boards for them to copy during examinations.

“We will keep an eye on them and ensure that all schools and students write WAEC and NECO examinations with strict compliance to laid down rules and regulations.

“I assure you that in the next one or two years, miracle centres will fold up in Kaduna State,” the commissioner said. -Leadership

Woman accidentally shoots self while posting on Snapchat