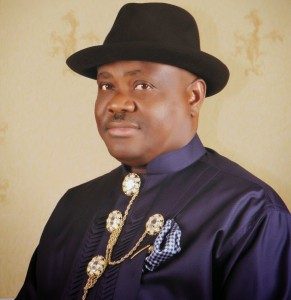 The governnor, in a statement issued yester­day evening, by his Spe­cial Assistant on Electronic Media, Simeon Nwakau­du, directed the Caretaker Committee Chairmen to hand over to their respec­tive Heads of Personnel Management (HPM).

He also directed the HPM to immediately compile the list of staff be­ing owed salaries.

The list, he said, must indicate the number of months in which the wages were in arrears by the re­spective councils and sub­mitted to his office with immediate effect.

In another development, Governor Wike has called on magistrates across the country to be fearless and firm in their dispensation of justice.

Speaking at Govern­ment House, Port Har­court, yesterday, when he hosted members of the National Executive Com­mittee of the Magistrates Association of Nigeria, Wike said the functions of magistrates remained vital to the dispensation of justice in the country.

He urged them to stop the practice of returning case files on the basis that they were afraid of the antics of certain interests and those who would ma­lign them after delivering judgement.

He said: “Judicial of­ficers should not abdi­cate their responsibilities because they are afraid of petitions. If everyone throws in the towel, who will dispense justice ?”.

While noting that every profession had its inher­ent risks, the governor advised the magistrates to always remain focused as they deliver judgements within the ambit of the law.

He approved the request of the Magistrates Asso­ciation of Nigeria that the biennial delegates confer­ence be hosted in Port Har­court.

He said the state would be hosting several national events between May and October in response to the improving security situa­tion in the state.

Earlier, the President of the ssociation, Mrs. Victo­ria Isiguzo, called on Gov­ernor Wike to support the hosting of the Biennial del­egates conference, where new executives would be elected.

She commended the governor for granting fi­nancial autonomy to the State Judiciary and ap­proving the procurement of official vehicles for Magistrates.