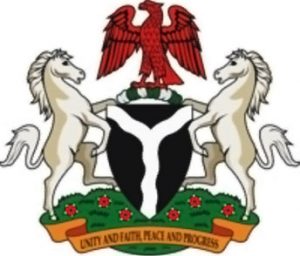 The Federal Government, FG has declared Monday, May 2 2016 as a public holiday to mark this year’s Workers’ Day.

Minister of Interior,  Lt.-Gen. Abdulrahman Dambazau (retd), said this in a statement signed by the Permanent Secretary of the ministry, Mr Bassey Akpanyung yesterday in Abuja.

The minister also congratulated Nigerian workers for their “resilience, hard work and commitment to the change tune of President Muhammadu Buhari, despite current challenges.”

He enjoined them “to continue to support the president in his desire to fight corruption, ensure security of lives and property and stabilise the economy, through creation of jobs and diversification of the economy.”

Dambazau further urged Nigerian workers to re-dedicate themselves to the service of the nation and remain productive for the growth and development of the country. The minister wished all Nigerian workers a joyful and peaceful celebration.

The management of Fidelity Bank Plc insisted, yesterday, that no law was broken in the transactions for which its Managing Director, Nnamdi Nwankwo, is being quizzed by the Economic and Financial Crimes Commission (EFCC).

Reports indicated, yesterday, that Nwankwo and Martins Izuogbe, the bank’s head of operations, are being held by the anti-graft agency for allegedly receiving $115 million from a former minister of Petroleum Resources, Mrs. Diezani Alison-Madueke.

However, the bank, in a statement yesterday, maintained that the transactions were “duly” reported as required by regulators.

“Our attention has been drawn to reports in the media on investigations into transactions undertaken by the bank in the normal course of business in 2015.

“The transactions are now the subject matter of investigations by the Economic and Financial Crimes Commission (EFCC).

“We can confirm that the transactions were duly reported as required by the regulators and the bank is cooperating fully with the authorities on the investigation. We assure our numerous stakeholders, including our customers, that we are working assiduously towards a quick resolution of the issues.”

Another report alleged that the former minister distributed part of the funds to officials of the Independent National Electoral Commission (INEC) ahead of the 2015 general elections. -The Sun

Ethiopians, Russians set for his or her Christmas tomorrow