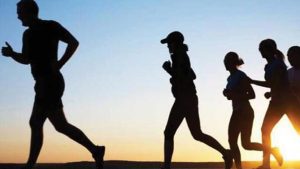 More reasons have emerged on why medical doctors should prescribe exercise as medicine even as insufficient physical activity has been shown to be one of the 10 leading risk factors for global mortality and is on the rise in many countries, adding to the burden of non-communicable diseases (NCDs) and affecting general health worldwide.

According to a study published in The Physician and Sportsmedicine, “engaging in regular physical activity is one of the major determinants of health. Studies have demonstrated the benefits of exercise in the treatment and prevention of most every common medical problem seen today. It is clear that patients who engage in an active and fit way of life, live longer, healthier, and better lives. For these reasons, every patient should be asked about exercise at every visit using an exercise vital sign (EVS) and, when needed, provided with an exercise prescription that encourages them to get 150 minutes or more moderate-to-vigorous physical activity.

“Physicians have an obligation to assess each patients exercise habits and inform them of the risks of being sedentary. Such an approach is critical to help stem the rising tide of deaths around the world due to non-communicable diseases, which are so closely associated with a sedentary lifestyle.”
The study is titled “Exercise is medicine: a call to action for physicians to assess and prescribe exercise.”

The researchers concluded: “The evidence is clear that exercise is a very powerful tool to treat and prevent chronic disease, to mitigate the harmful effects of obesity, and to lower mortality rates. In addition, exercise also has a powerful effect on functional capacity and quality of life. In effect, exercise is medicine, and many experts consider physical inactivity to be the major public health problem of our time. For these reasons, physicians have a responsibility to assess physical activity habits in their patients, inform them of the risk of being inactive, and provide a proper exercise prescription.

The easiest way to do this is by using an EVS to assess the minutes per week of Moderate -intensity to Vigorous-intensity Physical Activity (MVPA) each patient is doing. Based on the EVS, the physician may either congratulate patients on meeting current physical activity guidelines of 150 minutes or more MVPA each week, or encourage inactive patients to try and meet these guidelines.

“Typically walking is considered to be the default exercise prescription, although the type of exercise patients engage in is not so important. Sports and exercise medicine professionals have the training and background necessary to lead the effort to promote exercise as a medicine and connect fitness with health care.”

Yet another study published in the Postgraduate Medical Journal concluded that physical activity is medicine for older adults.

The researchers noted: “There is evidence from high quality studies to strongly support the positive association between increased levels of physical activity, exercise participation and improved health in older adults. Worldwide, around 3.2 million deaths per year are being attributed to inactivity. In industrialised countries where people are living longer lives, the levels of chronic health conditions are increasing and the levels of physical activity are declining.

“Key factors in improving health are exercising at a moderate-to-vigorous level for at least five days per week and including both aerobic and strengthening exercises. Few older adults achieve the level of physical activity or exercise that accompanies health improvements.

“A challenge for health professionals is to increase physical activity and exercise participation in older adults. Some success in this has been reported when physicians have given specific, detailed and localised information to their patients, but more high quality research is needed to continue to address this issue of non-participation in physical activity and exercise of a high enough level to ensure health benefits.”

Another study titled “Effect of Moderate to Vigorous Physical Activity on All-Cause Mortality in Middle-aged and Older Australians” and published in JAMA Intern Medicine concluded: “Among people reporting any activity, there was an inverse dose-response relationship between proportion of vigorous activity and mortality. Our findings suggest that vigorous activities should be endorsed in clinical and public health activity guidelines to maximize the population benefits of physical activity.”

According to the WHO Fact Sheet on Physical Activity, physical activity has significant health benefits and contributes to prevent NCDs.

Also, a consensus statement on physical activity in schools and during leisure time, published online in the British Journal of Sports Medicine noted that exercise boosts kids’ and young people’s brain power and academic prowess.

The 24 signatories to the statement noted that time taken away from lessons for physical activity is time well spent and does not come at the cost of getting good grades.
The Statement, which distils the best available evidence on the impact of physical activity on children and young people, was drawn up by a panel of international experts with a wide range of specialisms, from the United Kingdom (UK), Scandinavia, and North America, in Copenhagen, Denmark, in April of this year.

It includes 21 separate statements on the four themes of fitness and health; intellectual performance; engagement, motivation and wellbeing; and social inclusion, and spans structured and unstructured forms of physical activity for six to 18 year olds in school and during leisure time.

In terms of the physiological benefits of exercise, the Statement says that cardiorespiratory and muscular fitness “are strong predictors” of the risk of developing heart disease and type 2 diabetes in later life, and that vigorous exercise in childhood helps to keep these risk factors in check.

But frequent moderate intensity and, to a lesser extent, low intensity exercise will still help improve kids’ heart health and their metabolism, while physical activity is a key component of the treatment of many long term conditions in 6-18 year olds.

But the positive effects of exercise are not restricted to physical health, said the Statement. Regular physical activity can help develop important life skills, and boost self esteem, motivation, confidence and wellbeing. And it can strengthen/foster relationships with peers, parents, and coaches.

And just as importantly, activities that take account of culture and context can promote social inclusion for those from different backgrounds, ethnicities, sexual orientation, skill levels and physical capacity.

Meanwhile, the WHO defines physical activity as any bodily movement produced by skeletal muscles that requires energy expenditure – including activities undertaken while working, playing, carrying out household chores, travelling, and engaging in recreational pursuits.

How much of physical activity is recommended?

WHO recommends that children and adolescents aged five to17 years: Should do at least 60 minutes of moderate to vigorous-intensity physical activity daily; physical activity of amounts greater than 60 minutes daily will provide additional health benefits; and should include activities that strengthen muscle and bone, at least three times per week.

For additional health benefits, the WHO said they should increase moderate intensity physical activity to 300 minutes per week, or equivalent; those with poor mobility should perform physical activity to enhance balance and prevent falls, three or more days per week; and muscle-strengthening activities should be done involving major muscle groups, two or more days a week.
According to the WHO, the intensity of different forms of physical activity varies between people and in order to be beneficial for cardiorespiratory health, all activity should be performed in bouts of at least 10 minutes duration.

The United Nations apex health body said regular physical activity of moderate intensity – such as walking, cycling, or doing sports – has significant benefits for health. “At all ages, the benefits of being physically active outweigh potential harm, for example through accidents. Some physical activity is better than doing none. By becoming more active throughout the day in relatively simple ways, people can quite easily achieve the recommended activity levels.”

According to the WHO, regular and adequate levels of physical activity: improve muscular and cardiorespiratory fitness; improve bone and functional health; reduce the risk of hypertension, coronary heart disease, stroke, diabetes, breast and colon cancer and depression; reduce the risk of falls as well as hip or vertebral fractures; and are fundamental to energy balance and weight control. -Guardian