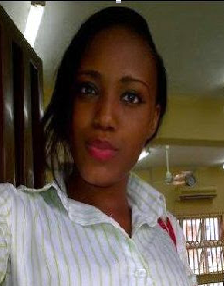 Gunmen stormed a hostel in Ilishan Remo area of Ogun State, Sunday, and abducted Justina Anochie, a student of nursing at Babcock University.

They were said to have invaded the hostel located in an isolated area off campus at about 9p.m.

Their attempt to also abduct a male student in the same hostel failed as he reportedly fled. The nursing student, who wrote her final examination in May, was waiting to complete her clearance before joining her family in Abuja, when the incident occurred. Her abductors, as gathered, contacted her parents, Monday, and demanded N5 million ransom.

They were said to have also ordered the parents to withdraw the case from the police.

Pleas by Justina’s mother for them to reduce the ransom failed. A student in the same hostel said: “No one even knew what happened until they left. We did not hear the noise because our power generating set was on.

“But for the male student that ran away, no one would have known what happened. He was with Justina when the uninvited visitors came.” Police sources at Ogun State Police Command hinted that investigation was still ongoing. – Nigerianeye