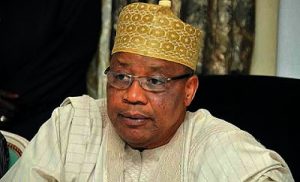 There were speculations in the social media that the former Military President (1985-1993) had passed on in Germany, where he went for medical reasons.

But he said that he’s “hale and hearty” and will return soon. He did not specify when. But, a source in Minna, his Niger State capital hometown, said he is being expected tomorrow.

Tension rising in Kenya over Odinga