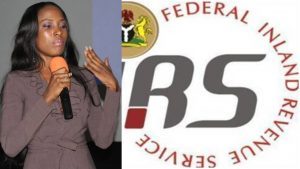 Linda Ikeji has reportedly amassed a tax bill of N75million and according to The Capital, the popular blogger is unwilling to pay up.

A source in the FIRS was quoted to have revealed that the celebrity blogger had for some time, been evading tax payment.

The media outlet reports that the blogger has now been mandated by the Federal Inland Revenue Service (FIRS) to pay the money into the agency’s coffers.

Linda Ikeji was also reported to have out-rightly denied ownership of her luxurious Banana Island mansion when quizzed by the FIRS authorities.

The famous blogger purchased the choice property in October 2015 and revealed back then that it was worth well over N500m.

The revenue agency has purportedly initiated measures to prosecute her in a court of law if she refuses to pay the N75m.