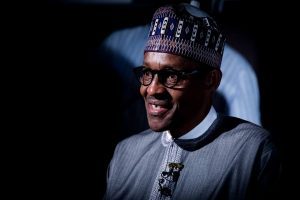 Aside President Mu­hammadu Buhari who is currently in London for 10 days to see Ear, Nose and Throat specialists, three ministers are also report­edly down with illness.

This was disclosed by the Secretary to the Gov­ernment of the Federation (SGF), Babachi David La­wal, during prayer session, shortly before the com­mencement of the Federal Executive Council (FEC), presided over by Vice Pres­ident Yemi Osinbajo.

Buhari is said to be suffering from Meunière disease, a disorder of the inner ear that usually affects both hearing and balance.

Osinbajo had on enter­ing the Council Chambers, of the State House, Abuja, venue of the meeting, asked the Minister of Information, Alhaji Lai Mohammed, to offer the Muslim opening prayer and Lawal to offer the Christian prayer.

But while Mohammed prayed for God to give the FEC members wisdom to take good decisions, Lawal was very specific in his prayers revealing that three ministers were down with sickness.

The SGF first prayed for Buhari, whom he said was on medical vacation in London.

He then prayed for the Minister of Women Affairs, Aisha Alhassan, whom he said was recover­ing from surgery.

She is said to be in the United States after undergoing orthopaedic treatment. Alhassan is also known as Mama Taraba following her participation in the last gubernatorial elections in Taraba State.

He also prayed for the Minister of Education, Adamu Adamu, who he disclosed was recuperating from back pain.

Just before he sat down, one of his colleagues reminded him that he left out the Minister of State for Environment, Ibrahim Usman Jibril.

Lawal then said: “Yes let’s pray for him too.”

Only 22 ministers out of the 36 ministers were present when the meeting started by 12.06 p.m.

Buhari left Abuja for London on Monday after the presidency confirmed that he had been battling with persistent ear infec­tion.

The Special Adviser to the President on Media and Publicity, Mr. Femi Adesina, had issued a statement saying: “Presi­dent Buhari will take 10 days off and travel to London from Monday June 6th, to rest.

“During the holiday, the President will see an Ear, Nose and Throat specialist for a persistent ear infec­tion.

“The President was examined by his Personal Physician and an E.N.T Specialist in Abuja and was treated. -The Sun