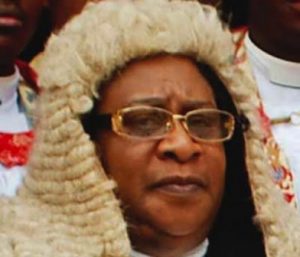 A Peoples Democratic Party, PDP, chieftain, Ben Onyechere, has urged the Economic and Financial Crimes Commission, EFCC, to beam its searchlight on the Independent National Electoral Commission, INEC, and Justice Okon Abang of the FCT High Court for annulling the election of Governor Okezie Ikpeazu.

The court had sacked Ikpeazu as Abia Governor over allegations of tax evasion.

A few days later, INEC presented certificate of return to Uche Ogah, also of the PDP, declaring him winner.

Reacting, the chieftain described the development as questionable and an assault on the sensibilities of Abia electorates.

He said: “Above the complexities that emanated from that judgment which purported that a civil servant had falsified his tax clearance, the action of INEC in hastening the issuance of certificate to Mr. Uche Ogah has opened another vista in the polity and is now a case study of sorts to bewildered Nigerians.

“The action of the judge which deliberately ignored fundamental questions is obviously pervasive as well as negligent of the judicial structure.

“It is difficult to understand as it is frustrating to note that particulars or details of a judgment in this modern day democracy can be hidden by a judge so as to inhibit the right of appeal of a defendant, in this case a sitting governor.” -Nigerianeye