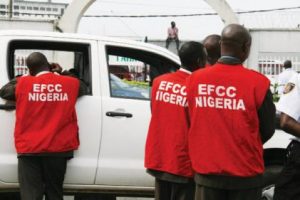 The Ministry of Finance on Sunday said the list of those suspected to be involved in the manipulation of government payroll and allegedly injected ‘ghost’ workers had been sent to the Economic and Financial Crimes Commission for investigation and prosecution.

The development was confirmed by the Media Adviser to the Minister of Finance, Mr. Festus Akanbi, while responding to enquiries from one of our correspondents.

Akanbi stated, “The ministry has sent the list of those involved in the ‘ghost’ workers scam to the EFCC and they (EFCC’s operatives) are the ones investigating the matter.”

Findings revealed that while some of the perpetrators of the ‘ghost’ workers scam were being investigated, others had been charged to court by the anti-graft agency.

An official in the Ministry of Finance confided in  Punch that the prosecution of some of those that were charged to court was being slowed down owing to the fact that the court was in recess.