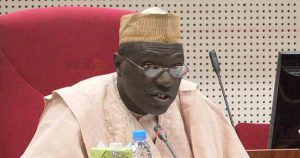 Nigeria’s main opposition political party, the PDP, on Tuesday said the tone of conversation amongst Nigerians on social media had taken a disturbing dimension.

As a result, the party took responsibility for the role it played in fostering the “toxic” atmosphere, and promised to improve on the tone of its discussion going forward.

“We have noticed, with a growing sense of dismay, the level of toxicity that pervades the political space with respect to discussions on national issues,” the PDP said. “We accept responsibility and apologise for whatever role we have played in reaching this level of toxicity.”

“Henceforth, we commit to focusing only on the issues and proffering cogent & competent solutions to the issues facing the nation.”

The surprisingly conciliatory tone came in a series of tweets on its Twitter handle, @PdpNigeria between 9-10:00 a.m. Tuesday.

“This toxicity, some of which finds expression in discussions across social media platforms, has reached the level where bridges are being burnt, personal relationships are being strained and an unnecessary tension fills what should ordinarily be patriotic and enlightening conversations on how to move the nation forward,” the party said.

The Nigerian social media space had become a platform for dangerous political rhetoric, with a focus on re-tweets and likes often overshadowing constructive engagement.

Last month, the PDP said on Twitter that it had uncovered a plot to assassinate Governor Ayo Fayose of Ekiti State, a major opposition figure in the country.

“Governor Fayose may have to take extra security measures to prevent Aisha Buhari or the 1st family from assassinating him,” the June 21 tweet read.

In late March, the handle sparred with the Central Bank, suggesting that the bank was illegally handing out dollars to President Buhari’s inner circles amidst widespread scarcity of forex across the country.

“First Lady Aisha Buhari got $22m forex from CBN on the instructions of Emefiele and the company sold at N362 same day. #CorruptionAndBuhari.”

The party said Nigerians would no longer see attacks from its handles in the future and urged its supporters to eschew abusive use of social media.

“We urge our supporters and the believers in the ability of our party to provide these solutions to henceforth show more restraint and maturity as we point out the many obvious flaws of this administration and proffer solutions & alternatives to their many failures,” the party said.

It ended by quoting Abraham Lincoln, a former president of the United States.

“We’re not enemies, but friends. We must not be enemies. Though passion may have strained, it must not break our bonds of affection.”

The PDP dominated Nigerian government at the center since 1998 until it was voted out in 2015 general elections. A protracted leadership crisis has left the party rudderless for several months. -Premium Time