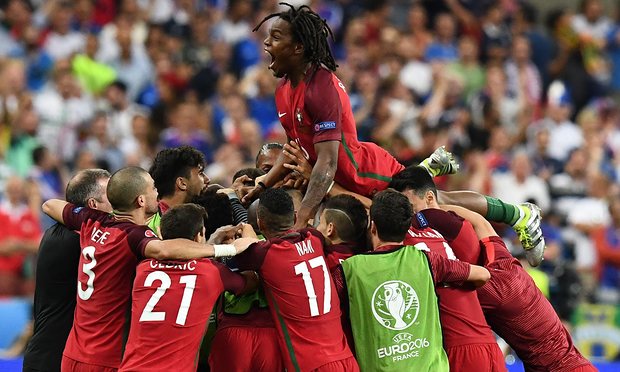 Portugal have stunned hosts France to win the EURO 2016

A brilliant strike by Eder clinched Portugal’s first-ever major title, as the nation prevailed over hosts France 1-0 to take the Euro 2016 trophy.

Fernando Santos’ men suffered a blow early on when Cristiano Ronaldo was taken off injured, and Rui Patricio made a string of excellent saves to keep France at bay.

But in the second half of extra time Eder swooped to smash home a perfect low shot, leaving the sizeable Lusitanian support delighted as they celebrated victory.

Diaspora APC chairmen process Buhari on get together restructuring