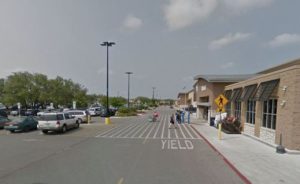 A baby has died after his father went to work forgetting that he was supposed to drop him off at daycare.

The six-month-old, identified as Dillon Martinez, was left in the vehicle for nine hours while temperatures outside hit almost 38°C.

Inside the car for that length of time, the baby had no chance of survival.

He died at a WalMart in San Antonio and his death means that 27 children have been killed in the US in 2016 so far as a result of being left in hot cars.

The total number of child deaths in hot cars from the whole of 2015 was 24.

The baby’s father, who works at the Wal-Mart store in the suburb of Helotes, told officers that he forgot to drop his son off at day care before going to work at about 6.15am on Friday, said Helotes police Capt. Anthony Burges.

The father found his child dead after finishing work and returning to the SUV about 3pm.

The father was taken to a hospital after reporting chest pains, Burges said. No charges have been filed in the case. The name of the infant’s father has not been released by authorities.

Messi marks one other milestone at Barcelona