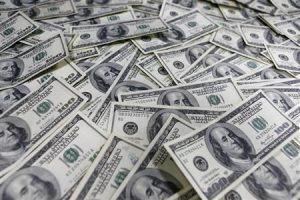 The Central Bank of Nigeria (CBN) will today resume dollar sales to Bureaux De Change (BDCs) seven months after it stopped the practice.

It stopped the sales last January because of what it called dollar scarcity and abuse of operating guidelines.

He said the BDCs had on Wednesday, funded their accounts with the CBN in readiness for the transaction, adding that dollar disbursement will start today and continue next week.

“Our members funded their accounts with the CBN on Wednesday and will get the dollar equivalent today. The funds will be sold at the prevailing inter-bank rate,” he said.

Gwadabe said the funds would come at one per cent commission, which has been agreed with the regulator.

The CBN directed the BDCs to render returns and comply with anti-money laundering regulations.

Gwadabe promised that the BDCs would abide by the directives and continually provide detailed reports on how previous dollars sourced from the CBN were utilised.

The CBN is targeting huge dollar supplies from the Diaspora estimated at $21 billion yearly, but it is expected to hit $35 billion by the end of this year as more Nigerians living abroad remit more dollars home after the adoption of the flexible foreign exchange policy which removed 16-month peg on the local currency.

Gwadabe said although BDCs were happy with the resumption of dollar sales to operators, they are also requesting that the CBN opens more windows for them to operate.

“We want more windows to be opened for BDCs instead of restricting it to Diaspora funds. We are happy we can now access the Diaspora funds, but we want the CBN to do more. We are confident that today’s sales will continue to calm the market,” he said.

Last January, the CBN stopped funding of BDCs. Announcing the policy shift in Abuja, CBN Governor, Godwin Emefiele said: “The bank (CBN) would, henceforth, discontinue its sales of foreign exchange to BDCs. Operators in this segment of the market would now need to source their foreign exchange from autonomous sources. They must however note that the CBN would deploy more resources to monitoring these sources to ensure that no operator is in violation of our anti-money laundering laws”.

Last month, the CBN, ifted the ban. In a circular to authorised dealers titled: Sales of Foreign Currency Proceeds of International Money Transfers to Bureaux De Change Operators and signed by CBN Acting Director, Trade & Exchange W.D Gotring, the apex bank said the policy shift would ensure the stability of the exchange rate and boost participation of all critical stakeholders in the foreign exchange market.

He explained that all International Money Transfer Operations are required to remit foreign currency to the agent banks for disbursement in naira to the beneficiaries while the foreign currency proceeds shall be sold to the BDCs.

To ensure the success of the policy, CBN on Monday, certified only three international money transfer firms- Western Union, MoneyGram and Ria.

The CBN also stopped hundreds of global remittance companies from operating in the country including WorldRemit, sends more than 40,000 money transfers to Nigeria every month and receives more than $20 billion in remittances annually from migrants around the world.

“The CBN wishes to advise Nigerians at home and in the Diaspora to beware of the unwholesome activities of some unlicensed International Money Transfer Operators (IMTOs) in Nigeria. This warning has become necessary because of the activities of some unregistered IMTOs, whose modes of operation are detrimental to the Nigerian economy,” CBN Acting Director, Corporate Communications, Isaac Okorafor said.

The CBN spokesman said all financial service providers in Nigeria, just as in other jurisdictions, are required to be duly licensed in order to protect both customers and the financial system as well as to ensure the credibility of financial transactions.

“For the avoidance of doubt, all licensed International Money Transfer Operators, in line with the CBN Circular on the sale of foreign currency proceeds of July 22, 2016, are required to remit foreign currency to their respective agent banks in Nigeria for disbursement in Naira to the beneficiaries while the foreign currency proceeds are to be sold to Bureaux De Change operators, for onward retail to end users. The CBN will therefore not condone any attempt aimed at undermining the country’s foreign exchange regime,” Okorafor warned. -The Nation