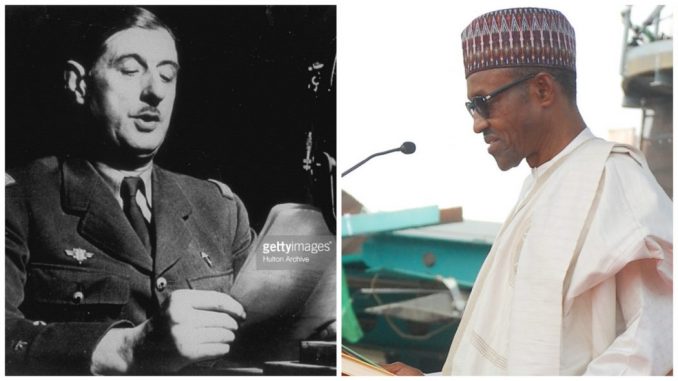 President Buhari was recently accused of plagiarizing President Obama’s speech, during his “Change begins with me” campaign in Abuja. Remember on August 8, President Mohammed Buhari and APC launched the ‘reorientation’ campaign in Abuja as part of his government’s strategy to make Nigerians eschew “dishonesty, indolence, unbridled corruption and widespread impunity” and embrace daily introspection over their “immoral” conducts.

“We must resist the temptation to fall back on the same partisanship, pettiness and immaturity that have poisoned our country for so long. Let us summon a new spirit of responsibility, spirit of service, of patriotism and sacrifice, Let us all resolve to pitch in and work hard and look after, not only ourselves but one another.

“What the current problem has taught us is that we cannot have a thriving army of rent seekers and vested interests, while the majority suffers,”

However, facts have emerged indicating Buhari did not author those quotes.

In a speech delivered after his victory on November 4, 2008, Mr. Obama said to a crowd of enthusiastic supporters:

“Let’s resist the temptation to fall back on the same partisanship and pettiness and immaturity that has poisoned our politics for so long.

“So let us summon a new spirit of patriotism, of responsibility, where each of us resolves to pitch in and work harder and look after not only ourselves but each other. “Let us remember that, if this financial crisis taught us anything, it’s that we cannot have a thriving Wall Street while Main Street suffers.” 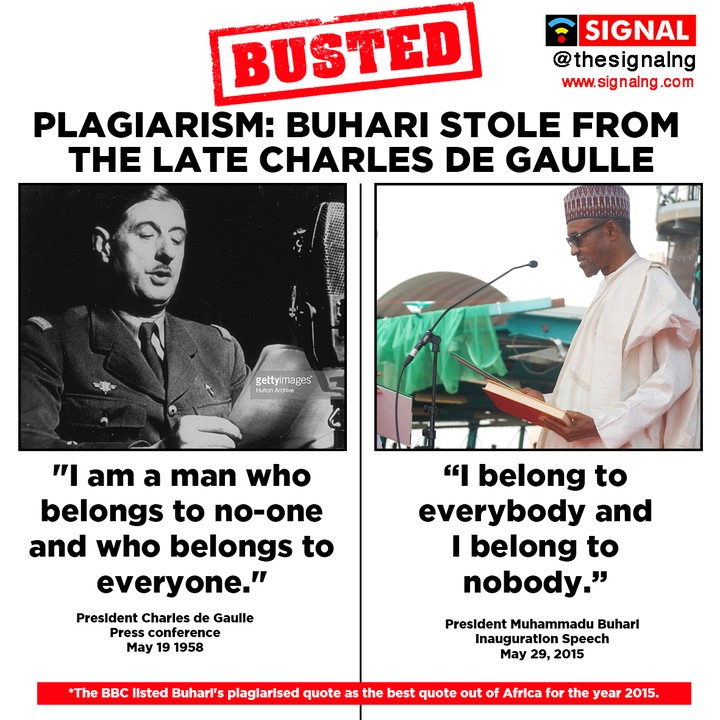 Hold your breath, the Nigerian President who has thrown the country into recession stole more. In what appears to be a gale of presidential plagiarisms, President Muhammadu Buhari is enmeshed in a fresh plagiarism scandal that shows him stealing the famous “I belong to everybody and I belong to nobody” quote from the late Charles de Gaulle of France.

The quote, which was smuggled into President Buhari’s May 29, 2015 inauguration speech, received a lot of commendation from Nigerians across political and religious divides. The quote immediately went viral and was listed by the BBC as the best quote out of Africa for the year 2015.

Further checks have however revealed that just like Buhari plagiarized Obama’s 2008 victory speech, the “I belong to everybody and I belong to nobody” is original to Charles de Gaulle who said “I am a man who belongs to no-one and who belongs to everyone”, while addressing a press conference on May 19, 1958. 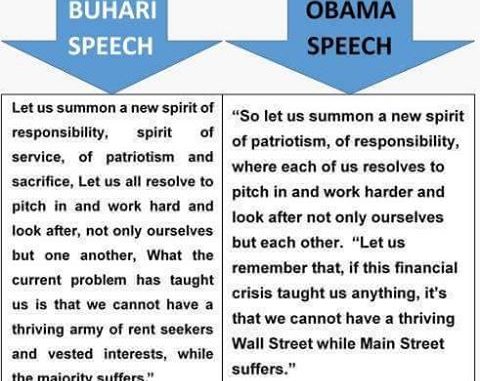 Charles de Gaulle was a French army officer and statesman. He was the leader of Free France (1940-44) and the head of the Provisional Government of the French Republic (1944–46). In 1958, he founded the Fifth Republic and was elected as the 18th President of France, a position he held until his resignation in 1969. He was the dominant figure of France during the Cold War and his memory continues to influence French politics. Meanwhile, President Buhari on Friday admitted that he stole some lines from Obama’s 2008 victory speech which were inserted into a speech he delivered last week at the official launch of Nigeria’s “Change Begins With Me” campaign.

A statement by the Nigerian presidency has since blamed the intellectual property theft on an “overzealous staff” and vowed to mete out disciplinary actions against this aid , an unnamed deputy director in Nigeria’s Federal Civil Service. This is part of their so called change! Source

Assange will get Ecuadorian identification quantity