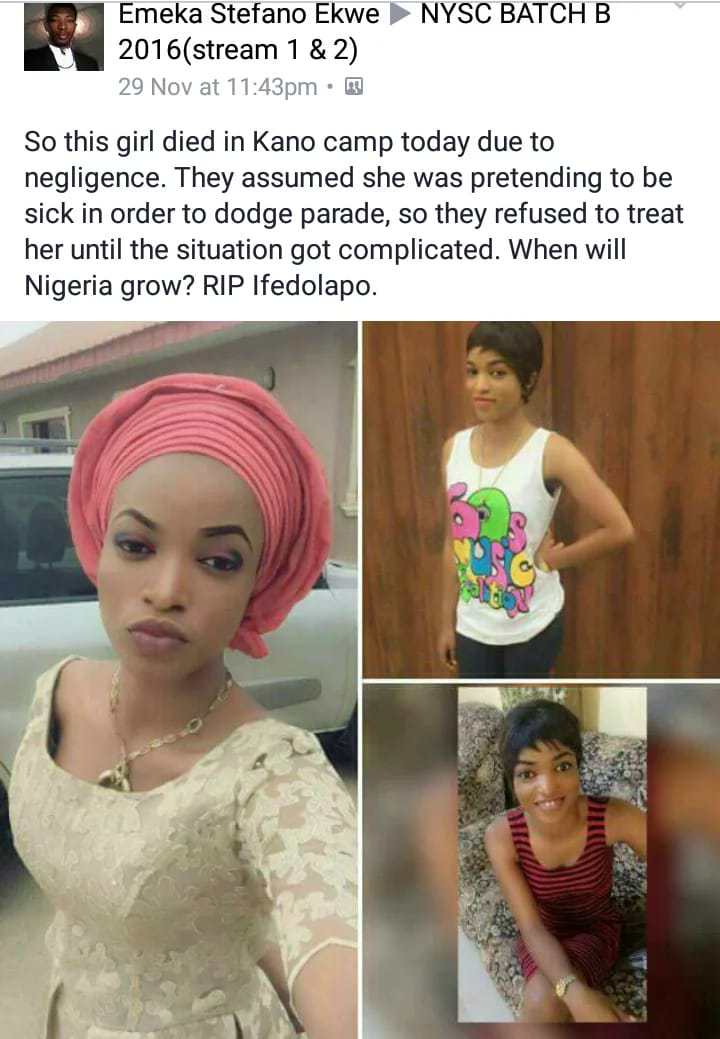 A Facebook user, Emeka Stefano Ekwe broke the news of the Ifedolapo’s death when he disclosed that the lady had been sick but was refused treatment simply because camp officials thought she had been pretending.

Her condition grew worse and complicated but she passed on before anything could be done to salvage the situation.

Emeka wrote on Facebook: “So this girl died in Kano camp today (November 29, 2016) due to negligence. They assumed she was pretending to be sick in order to dodge parade, so they refused to treat her until the situation got complicated. When will Nigeria grow? RIP Ifedolapo.”