The Peoples Democratic Party (PDP) on Sunday has rejected in its totality, the composition and scope of the eight-man, in-house committee, set up by the Chairman of the Independent National Electoral Commission (INEC) Prof. Mahmood Yakubu to investigate the existence of underage voters, particularly in Kano and Katsina states.

The PDP also noted that the fact that the All Progressives Congress (APC) rose in staunch defence of INEC over the existence of the underage voters has further confirmed that the ruling party has more than vested interests in the illegality.

At any rate, who enjoys the company of fleas like one with an open sore, the PDP noted in a statement by its National Publicityr Secretary, Kola Ologbondiyan, on Sunday.

According to the party, the panel constituted by INEC lacks credibility as it comprises of members of the same indicted INEC, adding that they have been detailed to arrive at predetermined findings and recommendations aimed at exonerating the Prof. Yakubu-led commission and play down on the electoral implications of the existence of underage voters.

In rejecting the composition of the committee, the PDP also repudiates the scope of the inquest, particularly the exclusion of Katsina state from the probe, despite vast evidence of underage voters in that state.

Nigerians have been wondering why INEC is afraid of looking at its register in Katsina state. Is it because Katsina is the home state of President Muhammodu Buhari and a probe is likely to expose cans of worms?

Is INEC afraid that a sanitized register would lead to a massive drop in the voting population in the state and cripple APC’s rigging plan?

Nigerians are also wondering why INEC has vehemently refused to include other stakeholders, including political parties, credible NGOs and Civil Society Organizations in this important assignment to guarantee its credibility.

We hold that by excluding other stakeholders, INEC is definitely not sincere with the sanitization of INEC voters’ register in Kano, Katsina and other states where, out of intimidation, it is allowing the registration of minors.

INEC under Prof. Yakubu is already manifesting weaknesses and bias, which further confirms why it should not be trusted in the conduct of the 2019 general elections.

Consequently, the PDP and all aligning stakeholders will not accept any findings or recommendations from INEC’s in-house committee, as such will not reflect the reality on the ground regarding the contaminated register.

Furthermore, we insist that INEC must be bold enough to extend the inquest to Katsina state as well as other states where minors were registered unless it wants the world to believe that it had already caved into pressure ahead of the 2019 general elections.

The PDP therefore charges Prof. Yakubu to quickly redeem his name by immediately disbanding the flawed committee and set up a more credible and transparent panel made up of political parties, credible NGOs and CSOs and extend the inquest to Katsina and other states.

Prof. Yakubu must understand that his allegiance is to Nigeria and not the APC. INEC under him must not lose its credibility or be reduced to an annex of the APC and it’s failed Presidency, as such would be resisted.

Indeed, Nigerians would not accept anything short of a credible, free and fair general elections in 2019 and any attempt by any one to pander towards the rejected APC with a view to subvert the determined will of the people will have himself to blame. 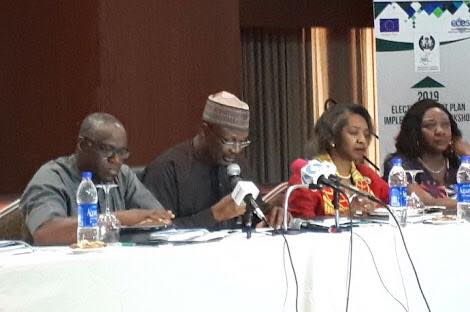 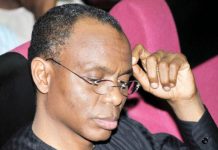 China makes $832b from tourism